Best countries to immigrate to. 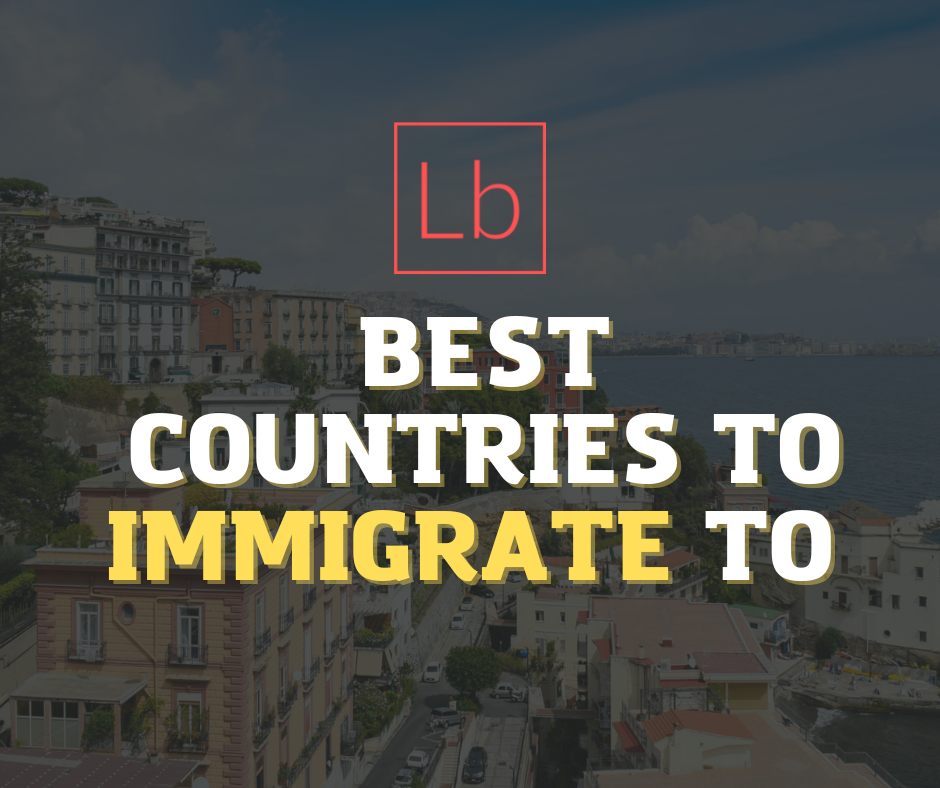 On every continent on Earth, there are countries in which life leaves much to be desired, and does not satisfy the needs of the citizens living in it. Or the country is generally good, but a person is not satisfied with what is important to them. And then there are students who want to live in other countries and get an education there. There are also pensioners who, in their old age, want to move to some quiet place in order to live their old age there. In any case, there are a lot of people who think about the best countries to immigrate to and they are all over the world. And in fact, there are many countries that are happy to accept new residents for one reason or another, and issue residence permits or visas that allow people to live there. Usually, these are the countries in which the wealthy nation mostly lives, which prefer to hire representatives of foreign nationals as different workers. And if a person who wants to move somewhere is a professional in some field, and can bring great benefits by working in this country, he will be more than a welcome person there.

Where are the most liveable countries?

There is an opinion that the most comfortable region for living is the USA / Canada, some Asian countries, and European Union countries. And this is actually true - these countries are among the most influential in the world, and living and working in them is a very good opportunity to get a great job and a good career advancement. Therefore, if you are looking to move and want to make it profitable, then it is better to choose the best and most suitable option, especially if you are looking for a long-term stay. For these purposes, most EU countries are suitable, since in most countries the monthly income is very high, but only in the case of legal employment, since it can give you all the quality of life that you can only get. If you do not know where to find employment in your chosen country, you can use the Internet to find the most convenient vacancies for you. 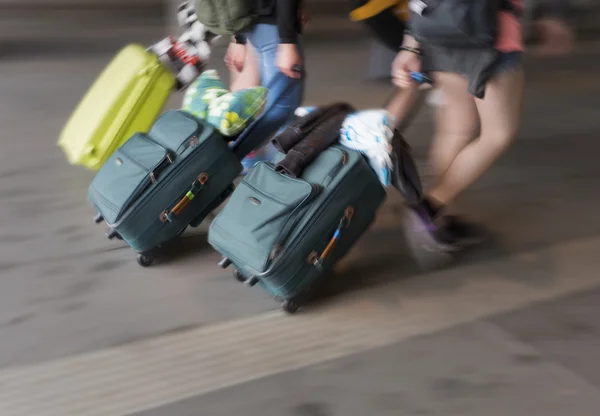 What countries can generally be considered the most ideal for living in them, both immigrants and ordinary citizens?

It should be noted right away that countries in which, on average, life is better than in most countries of the world are quite specific, like the people who live in them, and any foreigner will have to come to terms with this. Such is the price of a high standard of living. What can be attributed to the main criteria that everyone who chooses a country for immigration is guided by? For this, each has its own characteristics, but several criteria converge for all people.

Now it’s worth talking about the most popular and in every sense profitable countries in order to move to them. In any case, you should take into account only your desires and preferences, but of all the countries that are in demand among relocators, there are those that can offer the most favorable conditions.

Singapore is included in the list of the richest and most developed countries, and also ranks first in the list of the least corrupt countries in Asia. In the 20th century, an economic miracle happened to him - GDP increased many times, the standard of living rose accordingly. The country has begun to attract foreign investors and businessmen with its low taxes and high competitiveness in doing business, as well as ordinary people who want to find a good place to live with good conditions. This country is popular with immigrants from all over the world, but due to the level of its development, the requirements for everyone who enters there for permanent residence are quite high and not everyone can fulfill them. But for those who can meet the highest demands of employers, there is an opportunity to get a good job with a very good salary. Here, truly skilled workers are highly valued, even from other countries. Not always permanent residents, most of whom are also not of local origin, can work in sufficient numbers to meet all needs. There are also very good conditions for business investment in various areas, so if you would like to start doing business and invest in the economy, this is a good choice. In addition, investing and doing business greatly simplifies the process of obtaining citizenship. And in any case, if you have all the necessary qualities, you can count on a high salary. The minimum recommended salary is $1,020 per month or $12,240 per year. The average salary in the country is about $4,500 per month, or $54,000 per year. The highest paid professions are vacancies in the financial and medical fields.

Living in Singapore is good, especially if you have enough money for it. There is a huge English speaking population here, so you won't feel a language barrier, provided you speak English well enough yourself. Of course, the local English language has some peculiarities, which is related to the fact that the country is located in Asia and is surrounded by other countries. And you need to be prepared for the fact that in the local English there are words from, for example, Chinese, which Singaporeans use mixed with English. But basically you have nothing to worry about, since all official documents and all official documentation is in English, and the local population confidently uses English in everyday life.

New Zealand is another country that is a very good option for those who are thinking about moving. There is no such violent nature as in Australia, a good climate, good conditions for life and leisure. The local population treats visitors well, as there are few indigenous people here, and almost all the people who live there are immigrants or descendants of immigrants. In this country, they treat nature very well, ecology is important for local residents. It also has a rich culture, stable economy and political situation, so you won't get into trouble when you move to this country and you won't regret your choice. New Zealand every year is included in the top countries with the highest standard of living, which is calculated according to many criteria, and we can confidently say that it is not in vain. The only drawback is the rather large distance from other countries, which results in high prices for trips abroad, moreover, in most cases, the fastest and most convenient way to travel will be by plane. 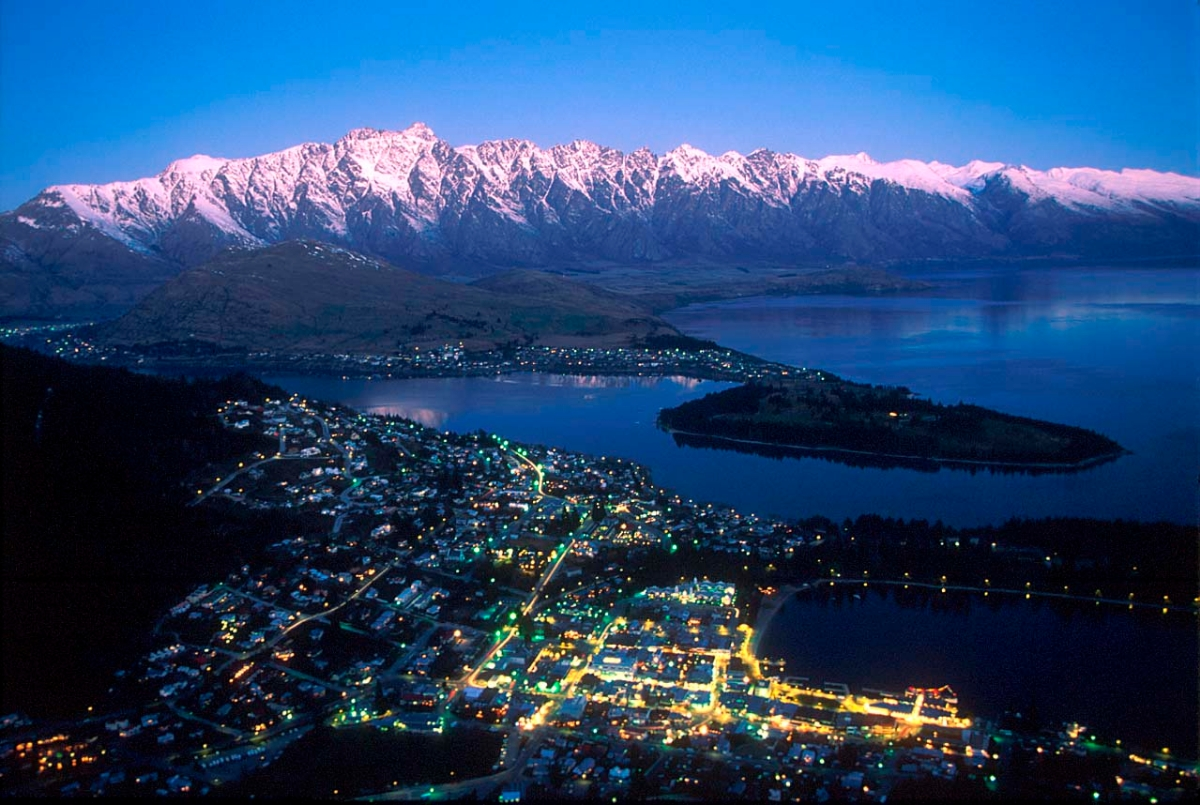 Workers in this country are needed in all areas, especially skilled and intelligent. The pay is also encouraging. The minimum wage is approximately $2,400 per month and the average salary is more than $4,000 per month. These are very good indicators, but it is also worth considering that it is difficult to call it cheap here, and the cost of living is really high.

As in any other country, there are good and bad sides of life for foreigners in moving and living here.

And also it is worth saying that this country is good for pensioners. There are large pensions, a high standard of living for all people, modern medicine, and all the conditions for living with comfort.

In the list of the most profitable countries, this is the very first European country in which a foreigner can find a job and work in peace. 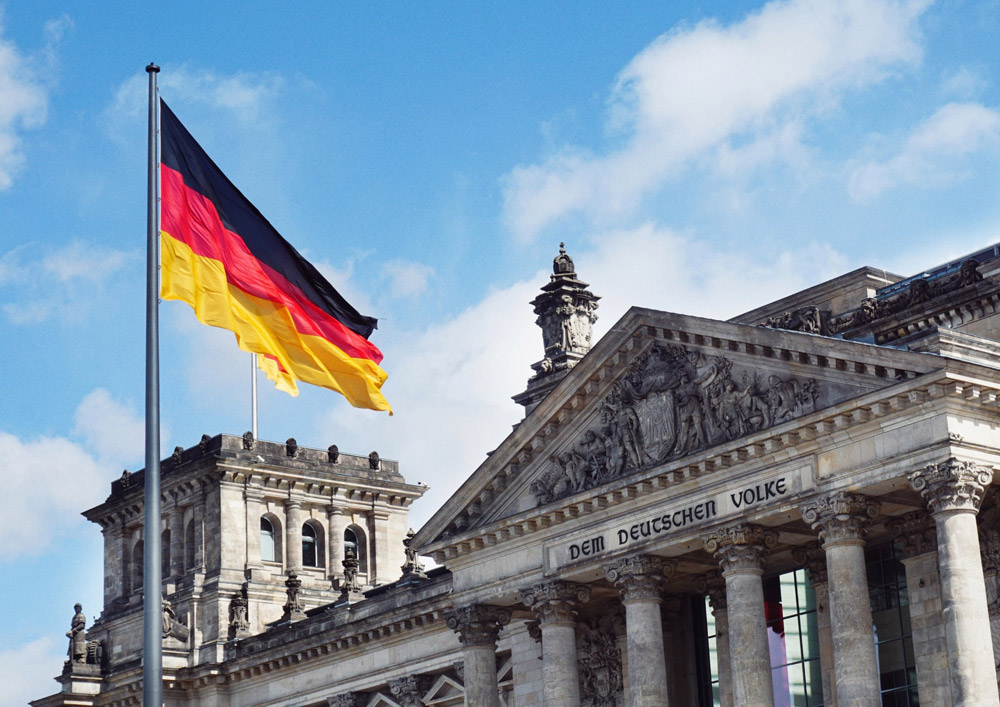 Some people believe that this is a country for work only. And in order to work, a foreigner will need to obtain a work permit at a preferred destination in a career. All local companies will gladly hire a foreigner and will pay a good salary. And the higher your qualifications and work experience, the more likely you are to get a good job. The minimum wage in Germany will be about 1,500 euros per month, and the average is 4,100 euros per month, which is a good indicator, and adequately converges with the cost of living in this country.

Germany has a large population and a fairly high population density. If you prefer a calm and measured lifestyle, you should pay attention to towns with a small population. For all people who have moved, including people from the middle east, there are good immigration programs where that can help you get citizenship. It is worth noting that even despite the relative simplicity of the process, to go through any of the available immigration programs you will have to go through bureaucratic hell, but it's worth it. The situation with dual citizenship is also interesting since the possibility of having two citizenships depends solely on the situation. By the way, in Germany, there are many immigrants from middle east countries who constantly live and work in this country, and with proper registration, they can safely have all firm citizenship rights, even though they are not yet citizens.

What about other countries?

In fact, these are only three countries from different parts of the world that are recognized as the best for immigration. There are many more such countries, and their requirements are interesting. For example, in Canada, a points-based system is used, the purpose of which is a more efficient and faster selection of highly qualified immigrants among all others. And only those who score a certain number of points can get permanent residency. Other countries have different rules.

It is difficult to get into all the above countries, as you have noticed. They are not the easiest countries to move to, but they can offer very good conditions. The same cannot be said about the easiest countries, for example, those in South America. It is easy to get there, just as easy as leaving with empty pockets without earning anything, and you will also be glad that you survived. For example, South Korea is also quite good and one of the easiest countries for immigration, for those who are ready to live next to North Korea, which constantly threatens everyone. It is also not included in this list as a good country. Australia boasts of a natural beauty that can accidentally kill you. Are you sure you will survive among huge insects and other scary animals? It can be concluded that the easiest countries are not always a good option for moving. Choose wisely, and what you like, and where you see your future.

Login or register to leave comments.

Don't miss out on vacancies abroad.

We use cookies to ensure you get the best experience on our website and to analyze how you use it. You can find more information about cookies and how we use them in our privacy policy. By continuing to use this site, you consent to the use of cookies. Our site is not responsible for the activities of employers.

By continuing to use this site, you consent to the use of cookies. more