Top Countries to Get Job Abroad Without IELTS. 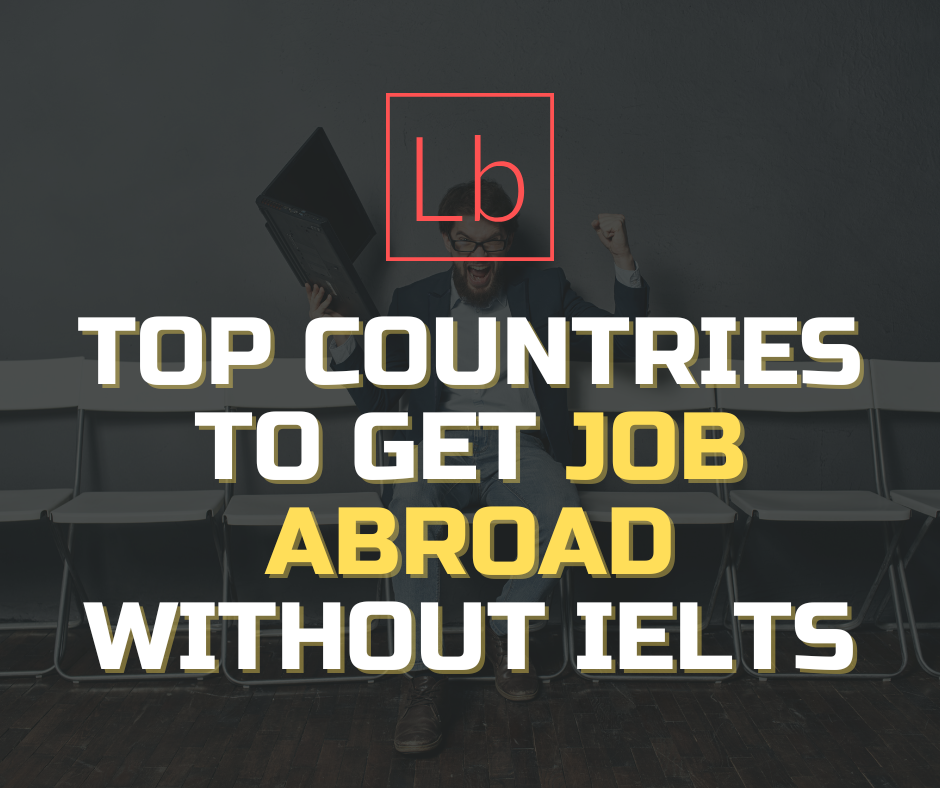 If you are in the process of deciding to work abroad, it's an obvious fact - for this, you need to know at least English. This is necessary for any job, regardless of the field of employment. English is an internationally used, popular language, thanks to which you can relatively comfortably interact with everything you need for life in almost any country on Earth. And if you are traveling from India to France, for example, it’s easier for you to know English than to learn French or look for people there who speak Hindi. But not in every place it will be enough just to know English, but you’ll need to have confirmation that you know it. In most cases, the required exam is clearly stated in the requirements for students or employees, but there are different ways to prove that you know English, so you need to know about everyone. But the most important request for you personally will always be an understanding of the language spoken by the population of the country in which you arrived.

What is IELTS and why do a lot of people need to pass it?

For this, there are special exams that assess your grammar, the possibility to write, speak and understand, and in the end, it all comes down to one point, which is your assessment of English knowledge. One such exam is the IELTS. This is a test to discover the level of English knowledge for those who aren’t native using English. And it’s mandatory for people who are going to work or study in states where English is the official government language. This test is available in almost all countries, and absolutely everyone can take it, regardless of ability. With this test, your employer or educational institution will be able to verify that you are competent in English and can easily understand and use it. And this is the main reason for creating this test - in order to avoid a situation in which employees or classmates find themselves on different sides of the language barrier when working or studying, which causes many problems.

In addition to this test, there are other methods to weed out non-English speaking workers and students, such as work permit examinations in some states, or entrance examinations in educational institutions. An IELTS certificate will also be needed in any country in the world, not depending on the language of the country, on one condition: you are going to study at an English or American university, or you are going to work in an international company whose language of communication is English. In all other cases, you are unlikely to need this certificate in order to find a job or a place to study. But you may be asked to know a language that belongs to this country, in which you’ll communicate with everyone around you in that country, and you may even have to confirm knowledge of this language before entering an educational institution or starting a job.

Countries not requiring IELTS for immigration. 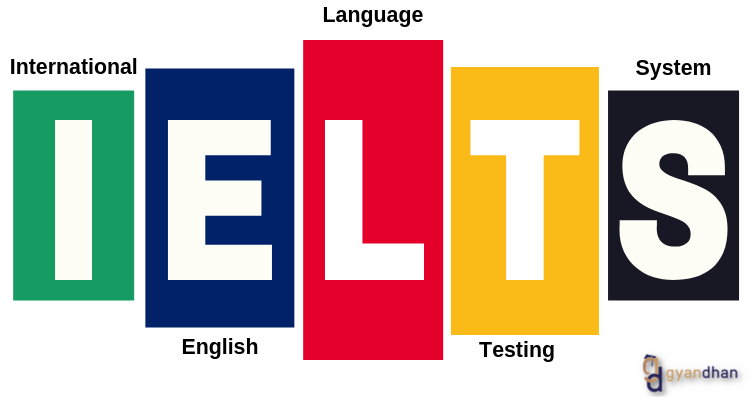 Basically, in Southern and Central Europe, IELTS isn't requested for both study and work everywhere. The reason for this is the fact that in these countries English does not have any state significance, and each country has its own language, knowledge of which is welcome. But if you do not know it well enough, English will become your main language of communication.

To work in France, it’s desirable for you to know French, not English.  The French are not very fond of foreigners who cannot speak French. English is used here as a last resort, or if you are a tourist. If you are going to be here permanently, you’ll have to learn French. There are also French analogs of IELTS - DELP, and DALP, which must be passed to get confirmation of knowledge of English.

To work or live in a country like Greece, you’ll also not need to take this exam.  In Greece, English isn’t as popular as Greek itself, so it will be better if you have at least a basic knowledge of the Greek language. If you’re going to live and acquire Greek citizenship, you’ll need to pass a written exam called "Panhellenic". The test is carried out only twice a year. This test focuses on assessing the level of knowledge of the Greek language, as well as knowledge of geography and history. Admission to local educational institutions is based on a certificate, and no special exams are required.

In Korea, locals speak English quite well, but as in all other cases, it’s better to know the local language. To enter the university, you’ll need to pass the local language exam in Korean, TOPIK. Depending on your place of work or admission, you may also be required to have a TOEFL or IELTS certificate. To obtain citizenship, you won't need to prove your knowledge of the language.

The most used languages ​​in Sakartvelo are Georgian, Azeri, Armenian, and Russian. As you can see, English isn’t widely used here, but if you don’t know any of the above languages, English will be a good option for communication. To obtain citizenship, you will need to prove your knowledge of the language. For those who want to enter a higher educational institution, they will need to pass a unified national exam, which also includes an exam in the knowledge of Georgian.

In this country, English plays a very important role, and Malay is now the official language. But English remained the second official language. If you aren’t asked to take the IELTS, then at a minimum you must be fluent in English, or possibly Malay. A language exam isn’t required to obtain citizenship. For work, it all depends on the requests of the employer.

In this country, everyone communicates exclusively in their native language - Polish, so everything related to exams and permits will take place in Polish and according to local standards. There’s a personal language exam, only thanks to which you can get a good job or study here. You’ll also need to pass this exam to obtain citizenship. To study, you’ll also need to pass those exams that the educational institution will require. But if you don’t apply for some highly qualified job, you may well work without a deep knowledge of the Polish language.

The same situation in this country too, but the only difference here is that everyone uses Hungarian. To obtain citizenship, you also need to pass an exam for knowledge of the Hungarian language. For work, there are enough translated ones. But for applicants, you still have to take the IELTS, although it’s worth revealing that the passing scores are lower here than in other places this exam is categorically required.

It is worth saying that if you are applying for a job in an international organization that uses English for communication, or if you came to study and are going to study material in English, be prepared to take the IELTS to get what you want. You’ll not be asked for this certificate if you work for a local company (unless it’s the employer's sole discretion), or study in the language of the country you are in, in all other cases you will need to obtain this certificate.

Which countries need IELTS for a job?

Completing this test is needed for those who plan to study in states such as Australia, New Zealand, Britain, and Ireland. In all these places, in their workplaces, colleges, and other institutions, this test is valid (in America, this test is also valid). Fortunately for those who have already taken this test and who already have this certificate, the number of countries and institutions that recognize the IELTS certificate is constantly growing. In Canada, this exam is also required for admission and life but is also valid and TOEFL is used in the United States. In fact, the most demanding in this regard are still those countries in which the English language has always been from the very beginning.

What is the alternative to IELTS? 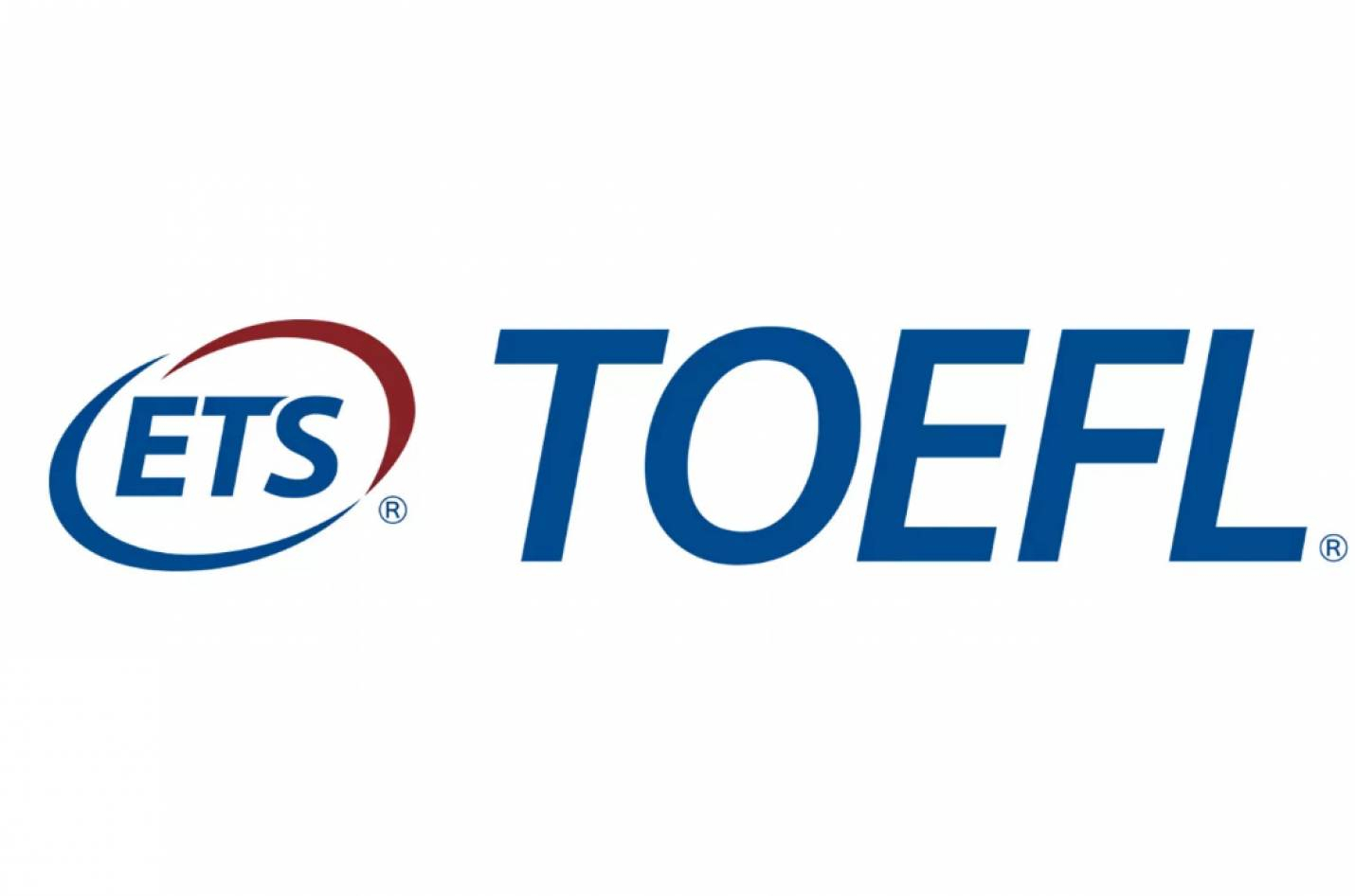 Test of English as a Foreign Language is also created for people from non-English speaking countries who are going to study in English. Unlike IELTS, a 120-point system is used here, in contrast to the score from 0 to 9 in IELTS. This test is more designed for the US and Canada, unlike the IELTS which is designed for all, including English-speaking countries. To enter an American university, you’ll need this particular exam, the same applies to all Canadian educational institutions. Also, unlike IELTS, this exam can be taken not only at the designated exam location. There are several versions of the test so that everyone can take them, regardless of location and circumstances: a paper version, a computer version, an online version, and an online version for self-testing at home. Some of these options were invented just during the pandemic. For admission, the most desirable is the internet-based test, as it includes tasks not only for reading, listening, and writing, but also for speaking and combined tasks, which allows you to assess knowledge as qualitatively as possible.

It’s also an English proficiency test for non-native speakers of English. DET was developed by Duolingo, which also runs a learning app for people who want to learn some new languages. This test is smaller in volume than IELTS and its competitors, but you still need to be fluent in English to pass it. Unfortunately, if you need an exam to get some kind of visa, then this exam is unlikely to suit you. But due to the pandemic, many universities have started to accept the results of this test, and some universities can apply with it. This certificate is valid for 2 years. 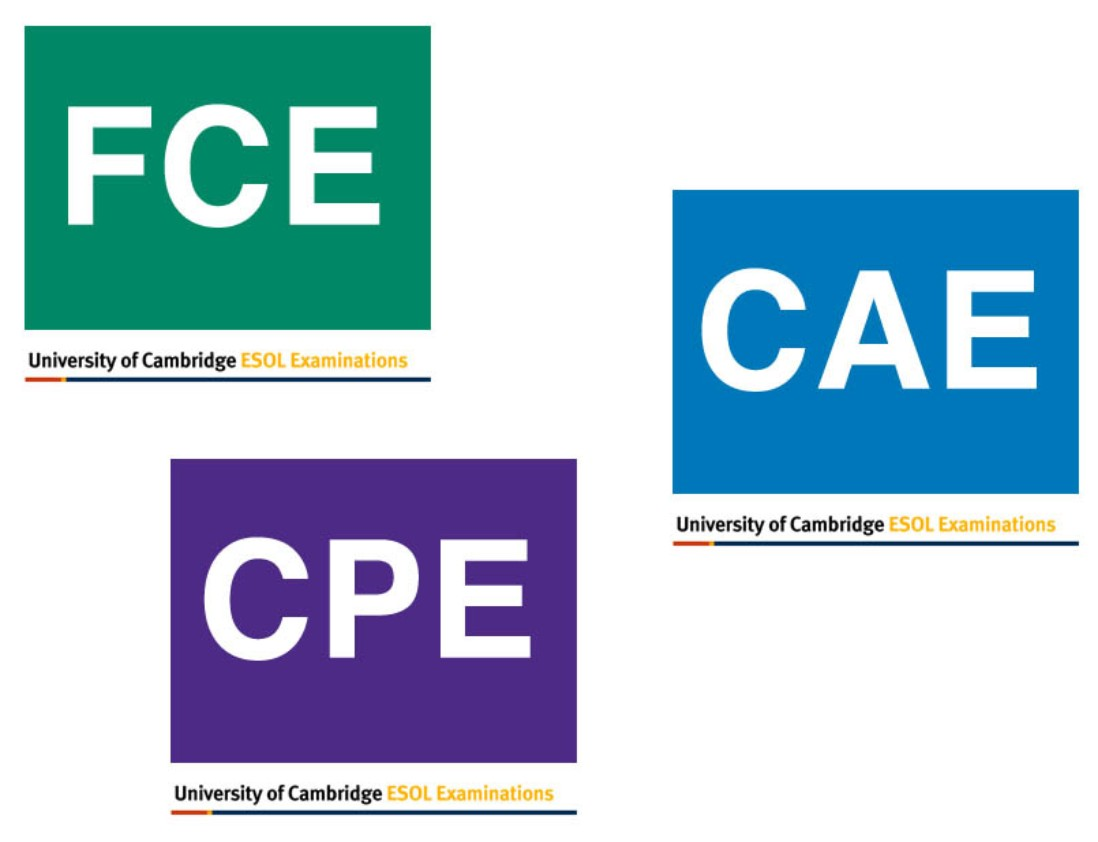 All these tests are valid not only in English-speaking countries but also in places such as OAE, Qatar, Kuwait, and Saudi Arabia.

07.11.22 1488
Share:
Comments 6
It's good that there is something like IELTS and you do not have to cooperate with people who absolutely do not understand you ... A good way to weed out unsuitable students.
Reply Complain
It would seem - learn the language and be healthy, study and work ... but no, you need to confirm your knowledge, you need to get documents ... It's all difficult.
Reply Complain
It must be hard to pass this exam. Judging by where it is required, so for sure. Although perhaps it all depends on knowledge, still.
Reply Complain
wasimjhmat
I am a Electrician 7 year experience in this field before I work in Saudi Arabia as professional Electrician
Reply Complain
Why did they come up with so many exams? Wouldn't it be easier to make one, universal and for everyone, and not several pieces and for different countries of your own.
Reply Complain
If you know English, you will be able to complete everything, and go where you need to, and work. If you do not know - then look for another job or educational institution.
Reply Complain

Login or register to leave comments.

Don't miss out on vacancies abroad.

We use cookies to ensure you get the best experience on our website and to analyze how you use it. You can find more information about cookies and how we use them in our privacy policy. By continuing to use this site, you consent to the use of cookies. Our site is not responsible for the activities of employers.

By continuing to use this site, you consent to the use of cookies. more